Can Ash Cover My Whole Bar of Soap? (Ash in Soap Making)

Can Ash Cover My Whole Bar of Soap? (Ash in Soap Making)

You’re probably familiar with ash on the tops of your soap. But did you know that ash can cover your entire bar?

I receive a ton of emails on the topic of soap making. Most have to do with troubleshooting a problem that a soap maker is experiencing. I received an email the other day asking why their soap bars where covered in white powder. 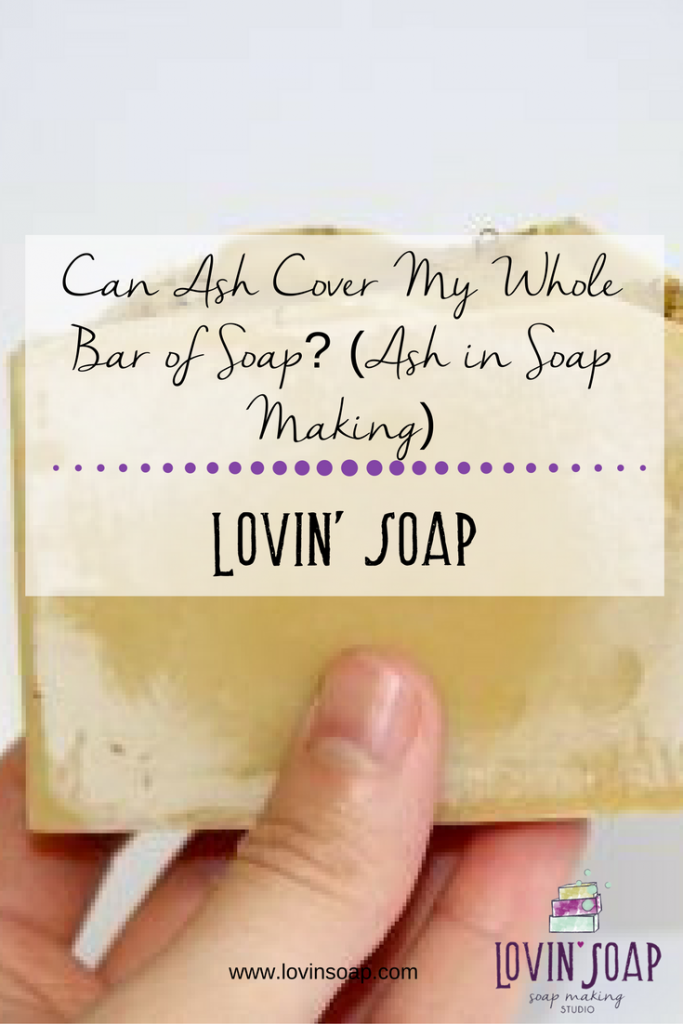 I knew immediately the probable culprit. Ash! I explained this to them and they didn’t believe me. They had read that ash can ONLY cover the top of your soap.

I know that ash can cover your entire bar because I have this happen all of the time. I’ll give you a hint. I am an impatient soap maker who cuts her soap waaaaaaaay too soon at times.

First of all, let’s review what ash is. Check out this blog post, Ash in Soapmaking. Ash forms where active lye meets air and turns into sodium carbonate. Sodium carbonate looks like a dusting of fine flower or something similar.

Usually it happens to the tops of soap bars only or the part that is exposed to the air while the soap is still in the mold. Usually just the tops of soap bars get ash because most people leave them in their molds the required amount of time for the soap to fully saponify. So how does a bar of soap get COMPLETELY covered by ash?

If you cut a bar of soap before it has fully saponified, it can have active lye which can turn to ash covering the whole bar when exposed to the air. Here are some examples of ash covering an entire bar of soap. The swirled soap is with ash and after I washed it a bit. Beautiful, huh? 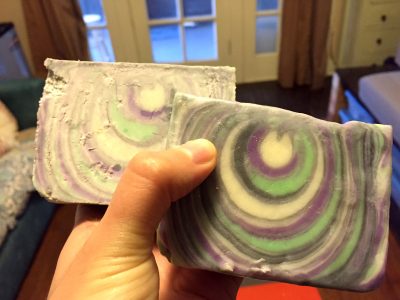 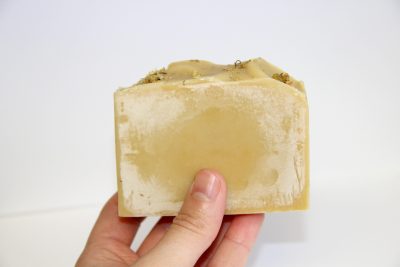 When I made both of these soaps, I un-molded them and cut them the day I made them. It would have been about 6 hours later. They had not gone through gel phase. I un-molded them way too soon! Not only were they soft, but they weren’t done saponifying. So the active lye in the soap reacted with the air to produce ash all over the bars.

The solution is easy. Leave your soap in the mold longer (at minimum 24 hours). Cut after the soap has fully saponified.

If your soap goes through gel phase, you can un-mold it as soon as it has cooled off and is hard.

I hope this blog post helps those with the pesky full-bar ash attack!