Shea butter is a creamy off-white or pale yellow fat which is extracted from nuts that are produced by the African shea tree (karite tree). 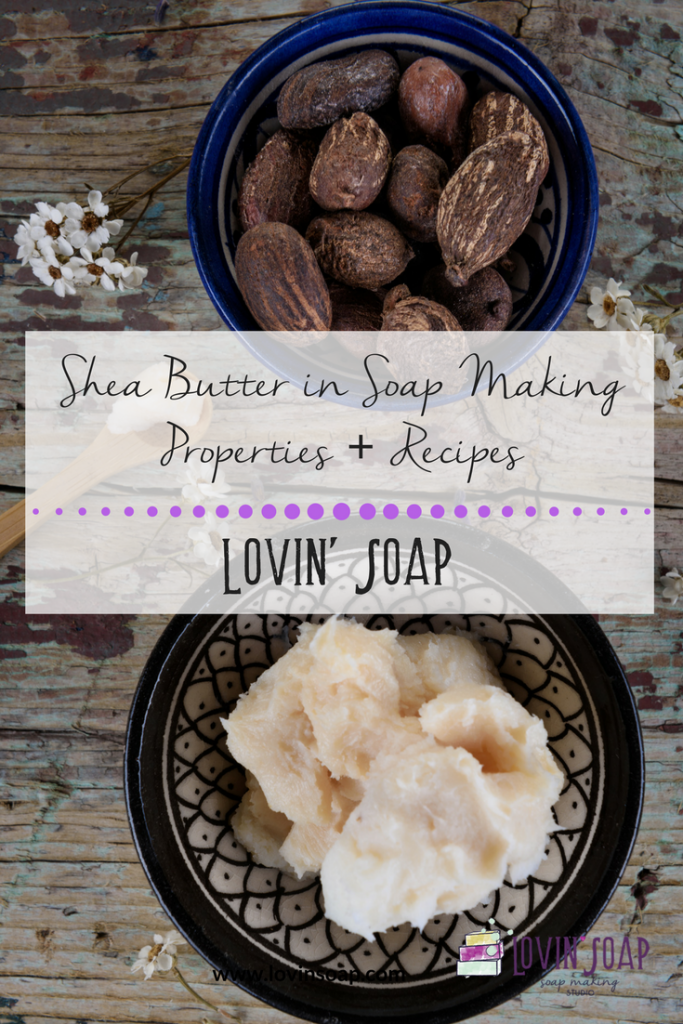 Interestingly enough, shea trees do not produce fruit before they are 20 years old, and the trees do not go into full production until they are around 45 years old. Shea trees grow naturally in the dry Savanna region of West Africa, Northern Uganda, and Southern Sudan, and they amazingly produce fruit for up to 200 years.

There are mechanical ways to produce shea butter, however, the long-established method of hand-processed extraction continues to be followed amongst African women who group together for the activity, and ultimately, they provide their families with economic means resulting from their efforts.

The traditional method of shea butter extraction is laborious: 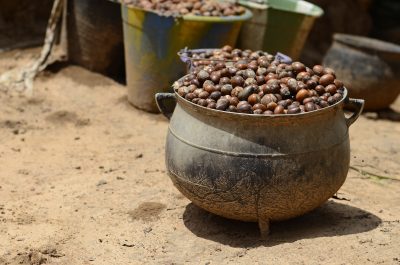 Shea butter differs in color because shea nuts range in color from nearly white to yellow. Shea butter also differs in odor. Shea butter that smells slightly smoky has picked up the scent from the open fire where it was hand-processed. It is said if shea butter has no odor, it has either been over-processed (is not raw), or it has aged and is not fresh. Shea butter should never smell rancid. If it does, it should be discarded.

Shea butter is one of the top ingredients included in cosmetics today. Shea butter is loaded with natural vitamins (A, E, F) and antioxidants. In its raw state, shea butter is often used for smoothing wrinkles, sun protection, scar prevention, eczema, skin allergies, insect bites, and as a hair product that adds moisture and sheen. Shea butter is also used as a cooking oil.

People that are allergic to nuts are generally not allergic to shea butter. Even though shea butter is extracted from the nut of a fruit, research indicates that shea butter does not contain the proteins that are considered allergens.

Shea is also available in oil form, however, this form of shea does not contain the same level of vitamins, antioxidants, and other beneficial properties in comparison to raw shea butter.

Shea butter is also a desirable addition to soap. The fatty acid profile and soap qualities are:

As you can see, shea butter does not add to the lather of soap, but it does provide a degree of silky moisturization. Please note that shea oil is not usually used in soap but I wanted to share the profile so you could see the difference between shea butter and shea oil.

Finally, to assist with calculating your soap recipes, the SAP (saponification) value of shea butter is:

The SAP value of shea oil is:

Substitutions for Shea Butter in Soap

When we take a look at the fatty acid profile chart, you can sort it by stearic acid or oleic acid to find substitutes. You can substitute shea butter with another butter such as mango, cocoa or even kokum.

I personally LOVE shea butter in soap so most of my recipes include it. Here are some of my favorites.